Home » Midwest Connections
Back to top 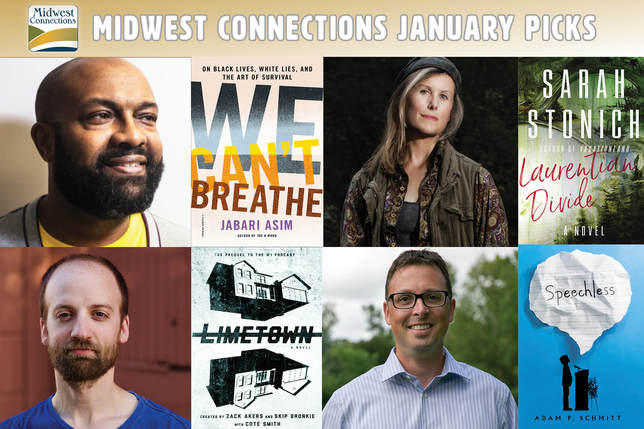 We Can't Breathe: On Black Lives, White Lies, and the Art of Survival (Paperback)

In We Can’t Breathe: Black Lives, White Lies, and the Art of Survival, a collection of masterfully written essays on black history and culture in America, author Jabari Asim offers an alternative to the “Master Narrative” that dominates the way we view black lives and culture in America. Each essay is thought provoking and challenging, daring the reader to view black lives without obstruction, to hear black voices speaking their own truths. The author brings his own experiences of growing up black and male in America to the work. He deftly merges past and present into a cohesive narrative, addressing especially those moments where black lives come up against longstanding racism and violence perpetrated against them at the hands of both individuals and the state. The essays celebrate the survival and persistence, the vibrancy and strength of black men and women throughout our history despite centuries of racism.

Laurentian Divide is the second novel of author Sarah Stonich’s Northern Trilogy. It portrays life in a small, northern town in Minnesota, following a handful of residents as the long winter melts into spring. A tragedy the year before is still fresh, a wedding is set for the following weekend, and the townspeople wonder what happend to Rauri Paar - a Vietnam vet who is the last person living in what has become a wilderness reserve on a set of isolated islands. When the ice breaks and spring arrives, so does Rauri. But not this year. As residents wonder what to make of this, at least one resident, the town veterinarian and recovering alcoholic, makes his way north to find out what’s really happened to the man. His father is the groom-to-be. The bride is one of the waitresses in the family-owned diner. Meg, featured in Vacationland, is residing at what used to be a summer resort. The story follows these characters as they do their best to live their life on the northern edge.

Limetown: The Prequel to the #1 Podcast (Hardcover)

Limetown is a prequel to the #1 podcast of the same name, created by Zack Ackers and Skip Bronkie. Together with writer Cote Smith, they tell the story of a teenage Lia in her senior year of high school, working for the school paper while trying to grapple with the senseless loss of a classmate and the disappearance of her mother. Then she hears news that will change her life. A research facility nearby has seemingly disappeared without a trace, along with the 300 men, women, and children who lived there. Her uncle, Emile Haddock, is among them. Lia begins to piece together the clues - about the disappearance and about her mysterious uncle. Her parents refuse to talk about either subject. As she delves more deeply into the mystery, she uncovers secrets that will have implications for both her town and her family. As if that wasn’t enough, she is not the only one looking for answers. An exhilarating mystery for everyone, not just fans of the podcast.

Thirteen year old Jimmy, at his first wake, is informed by his parents that he will be giving a eulogy for his 13 year old cousin at tomorrow’s funeral. Despite his protestations, he will be doing this. As if having to navigate his first wake in dress pants that no longer fit him wasn’t stressful enough, finding out he has to speak publicly about his cousin certainly takes things to a much higher level of anxiety for him. The task is not made easier by the fact that he cannot think of anything nice to say about a cousin who ruined everything. Cousin Patrick has issues (what, specifically, these issues are isn’t named in the book), and these issues lead to broken toys, disrupted birthday parties and holiday gatherings, and expulsion from various activities. Poor Jimmy cannot think of a single time Patrick’s presence didn’t end in injury or destruction and time is running out. The book, told from Jimmy’s perspective, is a humorous and honest take on a boy’s experience with a cousin who isn’t quite like other boys, who cannot control his behavior or his mouth, acts impulsively without thought of the consequences, cannot read social cues, and has a negative impact, sometimes devastatingly so, on those around him. The story, while taking place at the wake and funeral, is mostly told in flashbacks as Jimmy tries to think of one good thing to say. The reader gets to know Patrick through Jimmy’s memories of all the times they spent together, starting with their brief time in Junior Explorers when they were seven. Author Adam P. Schmitt creates realistic characters facing very real issues. He never talks down to his audience or betrays his characters in telling this story. Especially nice is that he told the story from Jimmy’s point of view, never flinching from the honest reaction a child might have being forced to be in the presence of someone with behavioral issues, even if, to an adult, it might not seem “politically correct.” The prose was tight, the story engaging, the characters fully developed. I found myself rooting for Jimmy and appreciating his honesty. He really was very likeable, intelligent, and funny. The ending stays true to the book and Jimmy’s character. As an adult, I find more and more that most of the best authors these days are writing for children. Having been a bookseller for over 11 years, several of them in the Children’s department, I would not hesitate to recommend this book to middle grade readers. Even older readers and adults will find this book hard to put down. This is Mr. Schmitt’s debut novel, and he is one to watch. If he consistently writes as adroitly as he did here, it won’t be long before everyone knows his name.  ~Shelly Weinstein, moderator Book Ends