Home » 2019 Midwest Connections
Back to top 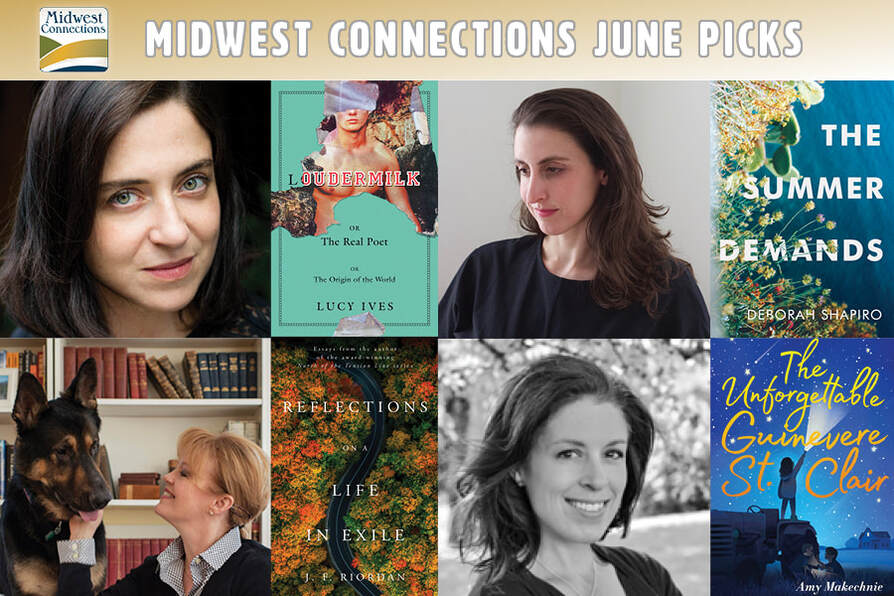 Loudermilk: Or, the Real Poet; Or, the Origin of the World (Paperback)

Lucy Ives wastes no opportuniy to use symbolism and allegory in Loudermilk beginning with the title character, Troy, who embarks on a literary adventure (exploration?) into poetry at a fictional writing seminar (loosely based on the MFA program in Iowa) with his friend Harry Rego. Like the horse from the famous Greek city that is his namesake, Loudermilk's appearance at The Seminars upsets the fragile status quo. Be prepared to keep your favorite search utility close at hand as you read this dreamlike episodic novel as every mention of a poet, author, visual artist, painter, or psychologist is a careful expolation of each chapter's theme.

In The Summer Demands, summer in all its languid and hazy glory is an apt metaphor for Emily, the main character in this evocative novel by Deborah Shapiro. Living at the summer camp she attended as a child and inherited from her aunt, Emily finds herself in a kind of limbo between the promise of youth and the reality of middle age. After a miscarriage, she and her husband moved back east hoping to resurrect the camp, perhaps turning it into an artist retreat. When the needs of the camp exceed their resources, David goes to work in the city and Emily wanders the camp alone until unexpectedly discovering a young woman living in one of the old bunkhouses. Over the course of the summer, the two begin a friendship replete with all the emotion women bring into their relationships with each other, and thusly impacting the other relationships in their lives. An evocative glimpse into the inner life of a woman, this book is not one you will want to put down.

Reflections on a Life in Exile (Paperback)

If you are a fan of essay collections, Reflections on a Life in Exile by J.F.Riordan is not to be missed. Witty, poignant, reflective, heartfelt - this collection brings the reader on an emotional journey, finding beauty in the ordinary of everyday life. The author covers love and loss, elation and grief, and dogs. If you’ve never read an essay collection before, this would be a good place to start.

The beauty of essay collections is that each essay is self-contained, a delightful variety of thought and emotion within a larger whole. Favorites can be read again and again. They are great for carrying with you – every wait is an opportunity to lose yourself in an essay or three. J.F. Riordan has published an amazing collection of her essays in Reflections on a Life in Exile. Her musings on ordinary life, dogs, love, death, and nature are wonderfully written. She makes poignant the mundane. Laughter and tears mingle as one recognizes themselves in these pages.

The Unforgettable Guinevere St. Clair is an engaging debut novel about ten year old Guinevere, a vivacious and precocious young lady with an active imagination and an insatiable need to find the answers to all of her life’s questions. She knows everything about the human brain, aspires to be a famous attorney one day, and declares herself the fastest girl in New York City.

When Gwyn was four, her mother suffered a brain injury and can no longer remember any of her life after the age of thirteen. After six years, Gwyn’s father, Jed, decides to move the family back to Crow, Iowa, where he and his wife grew up. Jed hopes familiar surroundings will bring his wife back to him. They go to live on their grandmother’s farm. Gwyn becomes obsessed with the idea of having her own cow and riding it to school on the first day. Certain that life will be more boring, and more “Little House on the Prairie” than New York City, Guinevere and her sister, Elizabeth (Bitty for short), head out to explore their new home. They discover they could not have been more wrong about life in Iowa.

Gwyn and Bitty meet Micah and Jimmy, their new neighbors. They also meet Gaysie Cutter, Micah’s mom. After an inauspicious encounter, Guinevere decides that Gaysie Cutter is her new archenemy. While her father tries to solve the mystery of the human brain, Gwyn finds a mystery of her own to solve – the disappearance of local farmer, Wilbur Truesdale. Gwyn becomes convinced that Gaysie had something to do with it, and sets out to become a super-sleuth to prove it.  As with all great mysteries, the more Gwyn searches for answers, the more questions she finds. And sometimes, the answers she finds and the clues she uncovers lead her to places she never expected.

Author Amy Makechnie has written an amazing debut novel. It’s so good, you’ll forget it is a book written for young readers. Guinevere St. Clair is an unforgettable character who is destined to take her place amongst the very best young heroines. A real page turner, it is part mystery, part early coming of age tale. And there are great lessons to be learned, among them that people aren’t always who they seem to be at first glance. This book is a wonderful addition to the cannon of children’s literature.

Guinevere makes an impression on everyone she meets and she is a character one does not soon forget. Readers who liked The Thing About Jellyfish, The Line Tender, or even Harriet The Spy will find this book enjoyable.